Jerusalem is a city of multiple ethnicities, religions and communities. For thousands of years, the culinary map of Jerusalem has been influenced by many different culinary traditions, and its unique character and history have preserved cooking and baking techniques for generations. Even today, Jerusalem offers delicacies that cannot be found anywhere.

The “Matchmaker” project, a collaboration between Hansen house, designer Daniel Nahmias and Jerusalem Design Week, wishes to tell the story of this city and revive its ancient crafts by bringing together local contemporary designers and traditional craftspeople – an intergenerational, interdisciplinary connection that breeds new products.

For its third edition, and under the theme of “Runaway Circus”, the “Matchmaker” project connects contemporary designers with culinary crafts to relate to the Circus’ food court.

The curatorial team was joined by Atalia Ein Mor, a Jerusalem-based chef, to create a culinary theme which invites visitors to experience the city through all of their senses.

The seven participating designers in this year’s edition tell the story of food-makers through design interpretation. Thus, other facets of the city are exposed: a goatherd in the Yemenite valley of the Ein Karem neighbourhood, an 800-year-old oven situated in the Old City, a boutique vineyard and an authentic beer brewery are some of the discoveries proving that Jerusalem never ceases to surprise.” 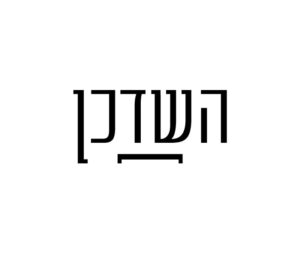